The Advisory Panel consists of independent, industry experts in their fields. The Panel scrutinises the activities of TQUK including the quality standards we maintain and assessment methods that are used for our qualifications. The vast experiences and knowledge of the panel members mean they are able to offer TQUK invaluable advice, support and guidance. 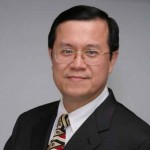 Mr. Ong played important roles in Malaysian political arena, having served as the Deputy Speaker of House of Representatives of Malaysia (1990-1999), Malaysia Federal Deputy Minister of Higher Education (1999-2006), Malaysia Federal Deputy Minister of Youth and Sports (2006-2008), Malaysia Federal Minister of Transport (2008-2010) and the President of Malaysian Chinese Association (2008-2010). From 1991 to 1995, he was elected as an Executive Committee of the Commonwealth Parliamentary Association, the only ethnic Chinese representative in the association. Graduated from the University of Malaya in Bachelor of Mechanical Engineering (Hons), Mr Ong has been honoured the Adjunct Professorship by China’s Nanjing University, Hainan University and Xi’an Jiaotong University. In 2008, he was also awarded as Fellow of City & Guilds of London Institute, which was the first such academician in Malaysia. In 2009, he was chosen as one of the “2008’s Top Ten Person of Overseas Chinese” by the Chinese People’s Daily. In 2011, he was awarded the Honorary Doctorate in Education by the University of Sunderland. In 2017, he was chosen by China’s CCTV as one of the “World Chinese Model People”. TQUK strongly believes that Mr Ong’s seasoned experiences in public service and higher education will certainly provide us with valuable guidance and advice in our Asian development.